Posted at 23:41h in Compost, Soil by kellogggarden 0 Comments
0 Likes

Think Outside the Compost Bin

Composting is good for your garden and the planet: composting will keep your organic waste out of the landfills. According to the NRDC (National Resources Defense Council), the decomposition of uneaten food accounts for 23 percent of all methane emissions in the United States. That means that if the organic carrot you bought or grew yourself goes to a landfill, it will produce toxic greenhouse gas. Additionally, of all the food lost at different stages from farm-to-fork, only 3 percent is composted. 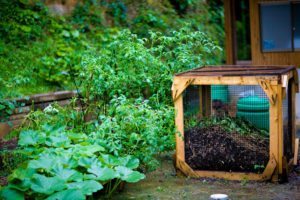 What is composting? Composting is a process in which organic waste matter biodegrades to produce nutrient-rich soil amendment. 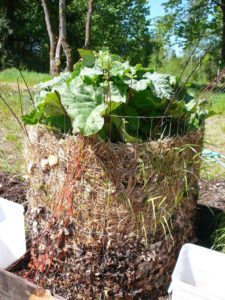 In addition to keeping your organic scraps out of the landfill, compost is your soil’s good friend. It enriches the soil, helps retain moisture, and safeguard  and build soil structure—the arrangement of soil particles such as sand, silt, clay and organic matter into granules, crumbs or blocks which determines the soil’s shape. Soil with good structure has the right amount of pore space for the hydration and aeration necessary to produce healthy roots. Compost helps soil retain water (so less watering) and is good for drainage. Think free food for your garden!

Compost According to Your Lifestyle

First think about how you live and how you plan to use the compost and how much you think you’ll need (large garden, small garden, just containers?) Consider how much or how little time you have for composting. If the aesthetics matter to you, think about where you want to locate your compost (out of sight?) and how you want it to look (big pile, or neat bin?) which will also depend on how much space you have.

Once you’ve pondered the lifestyle considerations, it’s time to explore your options. 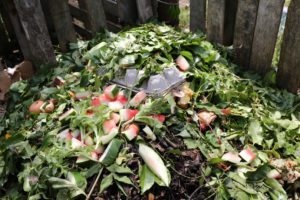 Basically, if you’re looking for speed cold composting isn’t for you. In cold composting, you make a pile and let it decompose on its own with little effort. You continuously add to the pile, but don’t need to turn the compost. The time it takes is determined by nature, but the smaller the particles, the faster it will decompose. Cold composting methods: 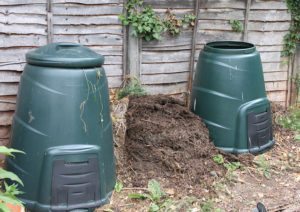 Hot composting requires more effort, but makes compost faster and requires less space. In this method, you add all the “ingredients” at one time. This method is faster but requires you to monitor the soil temperature (130 to 140 degrees Fahrenheit), moisture level (should feel like a damp sponge), and regularly turn the compost. The carbon to nitrogen ratio is most important in this composting method. Aim to make a compost that is one-third green (nitrogen-rich food scraps and coffee grounds) and two-thirds brown materials (carbon rich leaves, bark, paper, and sawdust) as the brown materials provide bulk which accelerates oxygen penetration and nourishes the micro organisms.

This method is similar to hot composting but the decomposition is facilitated by worm digestion. Vermicomposting is well suited for indoor composting because it requires little space.

Whatever method suits your lifestyle best, you’ll be creating a nutrient rich soil amendment while at the same time making a positive contribution to the planet.