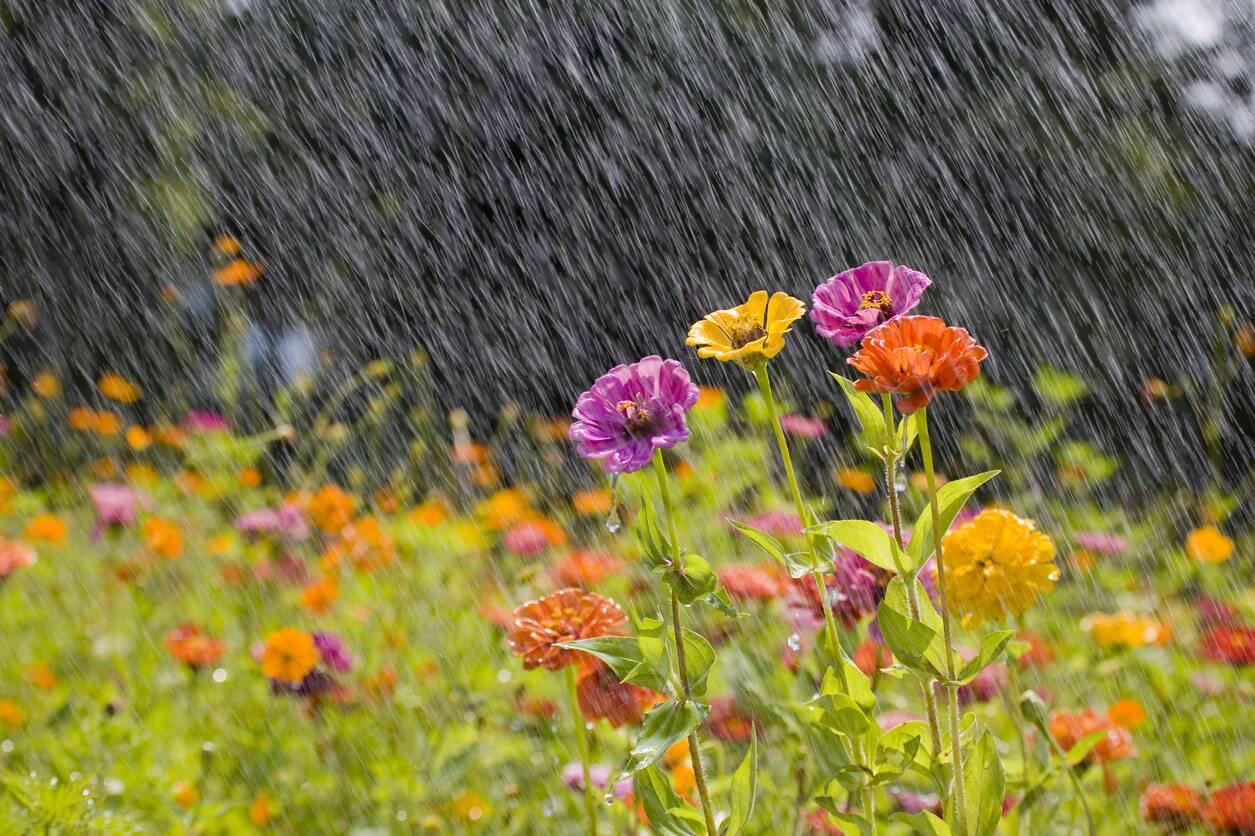 24 Apr DESIGNING FOR THE ELEMENTS

Posted at 07:00h in Garden Designs by kellogggarden 0 Comments
2 Likes

There are lots of things to consider when designing your garden spaces, but have you thought about the elements? Weather elements, that is. And while there are six main weather elements, today we’re talking about the top 3 that have the ability to dramatically impact your garden — wind, rain, and temperature.

It starts with knowing your local weather patterns like average rainfall, rainy/drought seasons, average monthly temperatures, and windy conditions. If you’ve lived in your area for a long time, you’re likely very familiar with these conditions, but but if you’ve recently moved to a new and unfamiliar climate, it pays to do a bit of research before planning and planting your garden. So, let’s take a look at these weather elements and how you can use the information to plan out a successful garden.

WIND: If you live in an area of high wind — coastal areas, exposed locations, and wind-tunnel valleys, for example — you’ll need to factor that into your garden design and plant selection. Consider including a windbreak (a collection of trees and/or shrubs) along the perimeter of your property to diminish the strength of the wind, and use plants in garden beds that are wind-tolerant. Use a thick layer of mulch in your beds to protect from wind damage, moisture loss, weeds, and erosion — all common issues with windy sites.

RAIN: Start by knowing not only your average rainfall, but the times of year when rain is likely. Consider Seattle, Washington and Austin, Texas. You’d think that their average rainfall amounts would be significantly different, right? After all, one is in the rainy Pacific Northwest and the other is on the edge of the arid Southwest. But Seattle has less than 3 inches more rain than Austin annually — so it’s the fact that Seattle’s rain falls on 92 days out of the year, compared to Austin’s measly 50 days that makes such a difference. This means that plant choices are vastly different in these two locations, even though their average annual rainfall is very similar.

TEMPERATURE: Locations that have mild winters and searingly hot summers are hospitable to vastly different plants than those that are common in more northern areas. Agaves, for example, aren’t going to live very long in Vermont or Connecticut. Look at month-by-month average temps rather than annual averages, and know which plants prefer what season. Pansies are winter plants in my area, while they are a favorite springtime plant in a colder climate.

Note: Plants that are native to your area are naturally adapted to your local weather patterns, making them ideal and logical choices.